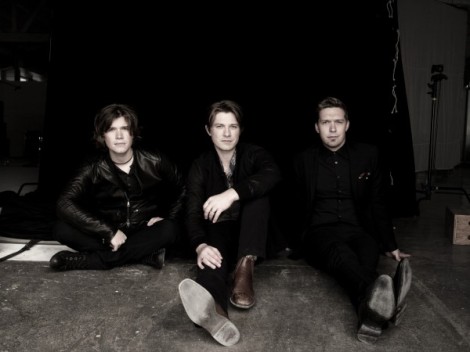 It’s been almost 20 years since they Mmmbopped their way to the top of the charts in Australia, but despite musical and personal ups and downs the band of brothers known as Hanson are making music better than ever. The trio from Tulsa, Oklahoma have just released their sixth studio album, Anthem, which eldest brother and guitarist, Isaac, describes as having an “aggressive nature to it”. The release is being likened to AC/DC’s High Voltage, full of raw energy and bold guitar riffs, but is still recognisably Hanson with their trademark melodies and ‘60s-inspired soul style. “It’s got our own twist on it as well, which is inevitable, after all, it is our record,” Isaac laughs. “The record runs the gamut, but anyone who is particularly familiar with a Hanson record knows that we are a bit schizophrenic. When it comes to musical styling we tend to run the gamut from poppy to rocky to R&B to somewhere in between… on any given record.”

Inevitably their music has evolved as their lives have, far from the fresh-faced pre-teens of the nineties, the brothers are now family men with 11 children collectively. As we chat, Isaac is multitasking and nursing his brand new, very content, baby daughter. “Parenthood is the hardest and most rewarding work you’ll ever do, but that is always true because the harder you work on something, the more rewarding it is.”

The guys have certainly never shied away from hard work and they have a lot to show for it. Between ever-expanding families, the trio also participate in countless fan-only events, take to the streets with their HIV/Aids charity Take the Walk, release music under and run their own label 3CG, and have even released their own beer. The opportunistically named Mmmhops was created to coincide with the 21st anniversary of the band. “I would say [the name] would not work were it not for the right flavour. It is a pale ale and pale ales are known for their very strong hoppy signature,” Isaac says. “It was driven by our love of beer, there’s no question about that.”

Growing up and working closely together for over two decades can’t always be easy, and Isaac reveals there was a possibility that Anthem might never have been made. “We had a bit of a falling out. We spent very little time together in the summer of 2012. Tensions got high and things got said that shouldn’t have been said and people were reasonably upset. Actions and words do hurt sometimes. You have to take a little bit of time to learn to say you’re sorry. We took that time and then walked in carefully to the process and luckily made a record that I feel extremely proud of, but it wasn’t without its challenges,” he says. Despite their jovial attitudes in interviews, boys will be boys behind the scenes and Isaac says that coming from a supportive family helps them resolve any conflicts that arise. “Being brothers and being in a band is not always easy. Taylor, Zac and I are extremely different people… it takes continued work and effort to establish respect and care for one another.” Just “don’t mistake good manners for passivity,” says Isaac laughing, “we’re not wilting flowers by any means”.

With a renewed bond and fresh focus the band wanted to find a way to thank their “extremely enthusiastic and ever-loyal fans” on this trip to Australia. Isaac says, “The Australian fans have been so amazing over the years and so engaged and so enthusiastic. We thought ‘We should add a few shows to this run’.” Those extra shows will include set-list voted gigs – where fans can visit the band’s website and vote for the songs they want to hear. Isaac shares that this is something Hanson find really fun to do. “We try to find things that we feel would be interesting if our favourite band did it. The good thing is whatever the fan’s favourite songs are, they get to decide and it doesn’t really matter what my favourites are,” he says.

One response to “Hanson”