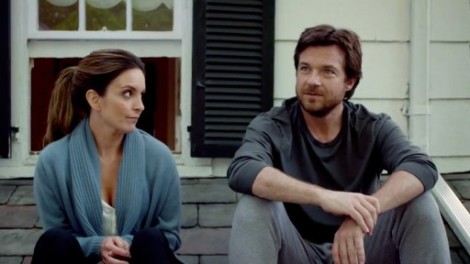 The dysfunctional Altman family haven’t been together in years. It takes the death of the Altman patriarch to bring Judd (Jason Bateman), his two brothers (Corey Stoll and Adam Driver) and their sister (Tina Fey) back home to honour their father’s last wish – that they spend seven days with their mother (Jane Fonda) living under the same roof. And so it is that the Altman clan cannot escape. Each of them must face their troubled relationships with each other, and ultimately, deal with the messy complications in their own lives.

Based on the book by Jonathan Tropper – who also wrote the screenplay – This Is Where I Leave You is both hilarious and heartbreaking.

The stellar ensemble cast bounce off each other as if they were a real family and each is adept at portraying their character with humour and emotional depth that is mesmerising to watch. It is the strongest link of a film with so much chaos.

There are some narrative threads viewers will want to tug at further and this makes the characters involved seem frustratingly irrelevant but that’s always the downside of translating a good book to film, some aspects need to (and should) be omitted completely.

This Is Where I Leave You is a beautiful comedy about family, loss and the comfort (and horror) in knowing that family will always know and love you best.