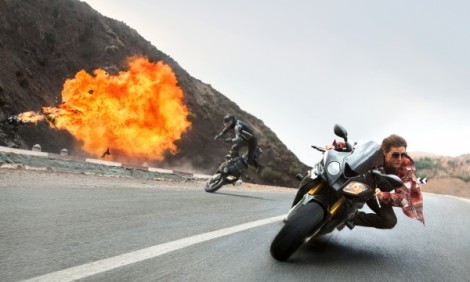 At the end of Mission: Impossible – Ghost Protocol, Ethan Hunt (Tom Cruise) and his IMF team had proven their innocence and saved the initiative from being shut down. In Rogue Nation, the fifth outing in the long-running franchise, the IMF must once again prove their worth as they attempt to destroy the international rogue organisation known as The Syndicate.

The big drawcard of this franchise is the action, and director Christopher McQuarrie doesn’t disappoint fans with sequence after sequence. Cruise gives it his all, completing a number of the stunts himself without the aid of CGI, and viewers of Rogue Nation will grasp the enormity of this — it’s damn impressive right from the beginning.

Rogue Nation is an espionage thriller with the excitement of a blockbuster action. The formula is solid and the characters have depth. Simon Pegg is a joy to watch as the tech-man turned field agent, Benji, and Alec Baldwin as CIA chief Hunley turns in another sublime performance. Jeremy Renner is back with the team but it feels like an afterthought inclusion, he doesn’t have much to do and it’s a real shame because the dynamics of the two leading men in the last outing worked so well. Rebecca Ferguson as the mysterious Ilsa Faust and Sean Harris as the villainous Lane round out the newer cast.

Rogue Nation has been billed as the best Mission: Impossible film of the franchise and it’s definitely up there. The foundations are strong and the ending comes full circle while still leaving it open for yet another mission.